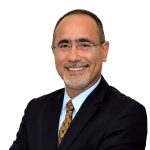 Dr. Hotamışlıgil’s research efforts focus on the molecular and genetic basis of common and complex metabolic diseases. His research examines the identity and molecular mechanisms of adaptive response systems in health and disease with a focus on metabolism. He is an internationally recognized leader with many seminal contributions including discoveries defined inflammatory origins of obesity and diabetes which are the pillars of the field of immunometabolism. His research group identified the role of endoplasmic reticulum as a key locus of metabolic and immunometabolic adaptation, identified key mechanisms that relate to ER’s metabolic functions, such as the most recent discovery of ER-bound Nrf1 as a guardian of metabolism, and identified molecules that can target ER, some of which are in clinical trials. Dr. Hotamışlıgil studies also led to the identification of new lipid and peptide hormones and their mechanisms of action. Dr. Hotamışlıgil pursues interdisciplinary paths and collaborations towards development of novel preventive and therapeutic strategies against chronic metabolic and inflammatory diseases. These programs have driven several drug development platforms, some currently in clinical trials. His published work has resulted in >200 scientific manuscripts which have received >70,000 citations with an h factor>100 and resulted in multiple patents.

Dr. Hotamışlıgil has been recognized with many fellowships and awards during his training from the Markey and Pew Foundations, and the American Diabetes Association. He’s an elected member of the Turkish Academy of Sciences and the recipient of the 2004 TUBITAK Science Award. Dr. Hotamışlıgil‘s scholarly recognitions include the Outstanding Scientific Accomplishment Award of the American Diabetes Association, the Wertheimer Award of the International Association of Obesity, Science Award of the Vehbi Koç Foundation, Roy Greep Award for Outstanding Research of the International Endocrine Society, the International Danone Prize, and most recently the EASD-NovoNordisk Foundation Diabetes Prize for Excellence.